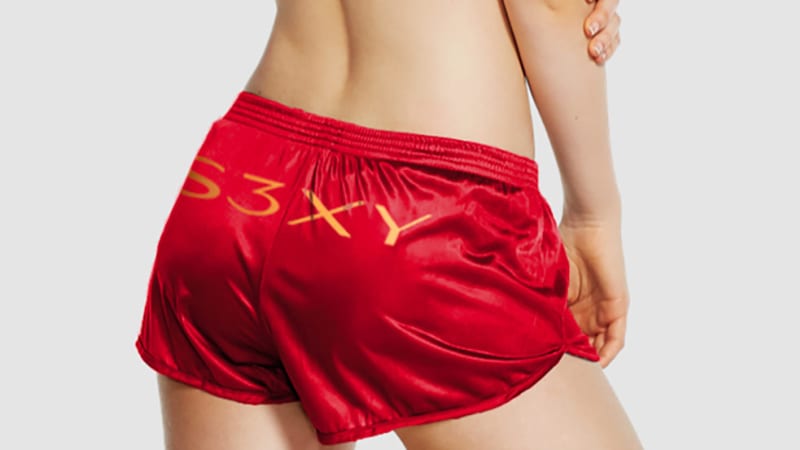 Say what you want about Elon Musk’s controversial opinions and actions, there’s no arguing that the man has a keen sense of humor. After surpassing Toyota as the world’s most valuable automaker, Tesla — surely at Musk’s behest — has taken time to poke fun at the company’s short-selling naysayers with sales of red satin shorts.

A short time later he tweeted, “Dang, we broke the website.” Must have been more popular than Musk expected.

This isn’t the first time that Musk has taken umbrage at short-sellers. In 2018, he sent a box of shorts to hedge fund owner and Tesla short-seller David Einhorn.

The “Short Shorts” on the Tesla shop website feature gold trim and “S3XY” in gold across the back … which of course is a play on the word sexy and is made up of Tesla’s model names.

The shorts cost $69.420. Why the extra digit? Those last three digits are an apparent reference to Musk’s infamous 2018 tweet (which ended up in a massive fine from the SEC and Musk being removed as Tesla chairman) that he was considering taking Tesla private for $420 per share, with 420 also a code word for marijuana.

The Silicon Valley car maker, however, has reason to crow. Its stock has almost tripled in value this year to just over $1,200 per share, and it sold more than 90,000 of its electric vehicles in the second quarter, defying a trend of plummeting sales for other automakers hit by coronavirus-induced lockdowns.

“Run like the wind or entertain like Liberace,” the product description says, adding: “Enjoy exceptional comfort from the closing bell.” It would have shipped within 2-4 weeks, had it still been in stock. As of this writing, the short shorts are sold out. If you really want a pair, you can add your email address to be updated when they are back in stock.