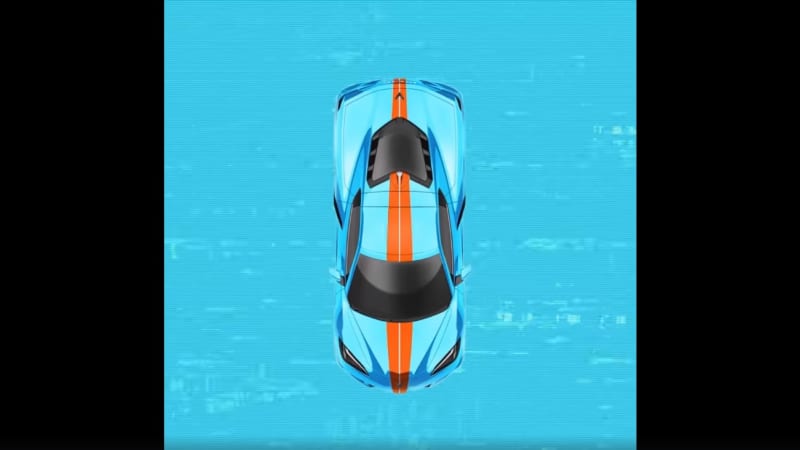 Chevrolet is beginning to announce the changes it will make to the eighth-generation Corvette for the 2021 model year. It published an enigmatic preview video on its official Facebook page that seemingly announces buyers will have several new racing stripes options to choose from, including some drawn from the model’s heritage.

“We’re adding to the legacy,” the company explained in the 14-second video (embedded below) after instructing viewers not to blink. Although that’s the only morsel of information included with the clip, the footage largely speaks for itself. It all but confirms the 2021 model’s color palette will include four new combinations: black with red stripes, black with yellow stripes, blue with orange stripes, and white with blue stripes.

We’ve seen some of these liveries before. Several factory- and privateer-raced Corvette variants were painted in white with light blue stripes during the 1950s and the 1960s. Dozens of cars (including, most recently, Ford’s GT and Mustang) have tried on Gulf’s famous light blue and orange look. We’ll need to wait until Chevrolet releases more information to learn the story behind the red-on-black and yellow-on-black options, though the latter reminds us of a straight, freshly-paved stretch of tarmac unfolding towards the horizon deep in the Utah desert.

The preview video adds another piece to the 2021 Corvette puzzle. We already know Silver Flare Metallic will replace Blade Silver, and Red Mist Tint Coat Metallic will substitute for Long Beach Red. Moving beneath the body, the magnetic suspension will become a standalone option, meaning buyers will be able to order it without selecting the Z51 performance package. And, perhaps more important, the coupe’s base price will remain set at $59,995 including a mandatory $1,095 destination charge. Pricing for the convertible will start at $67,495.

Chevrolet might have other changes in store for the 2021 Corvette, and we won’t have to wait long to discover them because the firm will begin taking orders for the model in July 2020. Its Bowling Green, Kentucky, factory is rushing to build as many 2020 models as it can, though a spokesperson confirmed not every order will be filled, and the 2021 Corvette will enter production on November 2. Considering that some enthusiasts who ordered a 2020 will end up with a 2021, it’s reasonable to assume the next model year won’t bring massive changes.

There’s another way to add a Corvette with racing stripes to your collection. Costco will soon begin selling a 2020 model finished in Sebring Orange with contrasting black stripes. It should be easier to find than the version sold through Chevrolet dealers, and it will be considerably cheaper, but the catch is that it’s about 10 inches long.