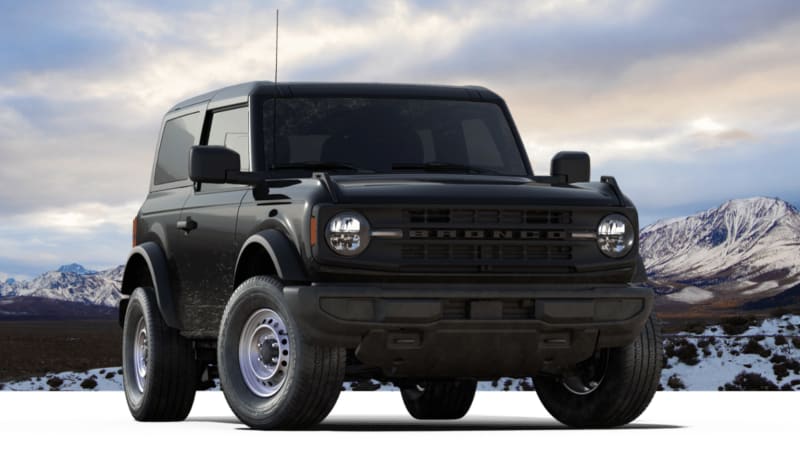 In addition to being fully revealed, Ford is taking reservations for the 2021 Ford Bronco in all trim levels. It’s a fully refundable deposit, but you’re still going to want to know what you’ll have to pay when the SUV is available, if nothing else to figure out how much Bronco you can afford. (The reservation web page appears to be overwhelmed as of Monday evening.)

Besides the base Bronco, there are six other trims, and the prices can climb quite high. The most expensive base price on a Bronco is the four-door First Edition, which rings in at $64,995, and is equipped with every option offered. The two-door version comes in at $60,800. You can see the full range of Bronco pricing listed below.